Between a sick kid and needing foil pie pans, I've found myself a day late and just barely in time to bake  2 pies I volunteered to bring to my kid's preschool fundraiser winter bazaar. So, I'll be baking pies tonight. One apple, one cherry-strawberry. No idea how the latter will combine, but couldn't find canned un-gooped cherries, so decided to try a strawberry variation. Whatever. It's pie. Can't go too far wrong.

I saw my first "12 Days of Cookies" recipe in my inbox today. Shortbread dipped in chocolate. I've made shortbread before, but the photo just makes this look so appetizing. Getting me in the holiday cooking-baking mood.

Pies for tonight. Visions of shortbreads can dance through my head later....

p.s. we had a chicken in our house over Thanksgiving. Confusing? Here's a photo to illustrate. She was NOT consumed, but rather returned to my son's preschool the Monday after Thanksgiving weekend, minus a feather or two. Yes, she does have a bald neck. Has for years, apparently. 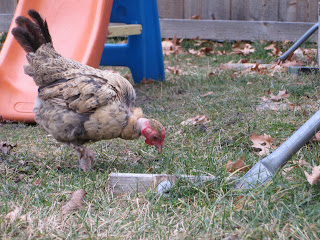 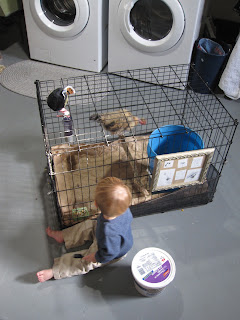